Never afraid of a flourish, Bernard-Henri Lévy is as strong in his defence of the Israeli army, the EU and interventionism as he is critical of Brexit and populism. Now he’s bringing his one-man play to 20 cities, including Dublin, in advance of next month’s European elections.

So what will he tell the Irish? ‘That they are the heroes of Europe, a heroic people in this tempest. They are a people who resist the winds of populism.’ James Joyce was ‘a father of Europe,  like Dante, like Erasmus’. 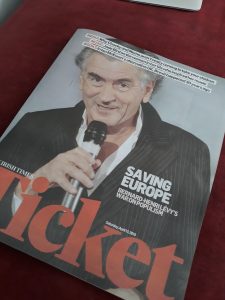 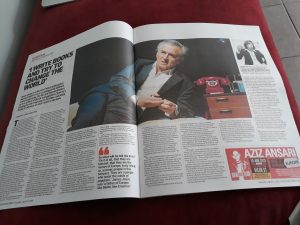 What does Europe do about posted workers?

Voted for What does Europe do about posted workers?, Saturday, January 28, 2023

What is the purpose of the European Parliament which will be elected by citizens on May 26?

Why don’t we exit Schengen?

Is it true that 80% of French laws are made in Brussels?

Is it true that the CAP (Common Agricultural Policy) will disappear?

What is the reason behind the 3% deficit rule?

How much does Europe actually costs for France?